The new Tomb Raider game (too bad it's not out, it would get more nominations) is up for two awards for this year's E3 award shows for Best Stage Demo and for Best E3 Trailer, you can VOTE HERE:
http://e3.gamespot.com/special-feature/best-of-e3-2011/special-achievement/index.html?page=5#
http://e3.gamespot.com/special-feature/best-of-e3-2011/special-achievement/index.html?page=3

The Trilogy is on! 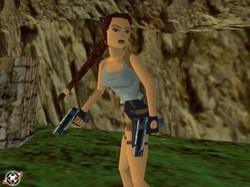 Lara Croft is on a search for the Scion, the Dagger of Xian and and the four artifacts of Antartica in the first three games, that hit no1 in countless countries, now you can see great reviews by going to: 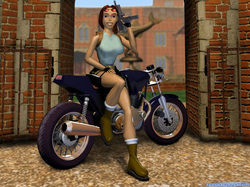 The channel on YouTube and new production "Tomb Raider Universe" is set to release a movie featured with all cut-scenes and game-plays off the first game from Tomb Raider, back from the 1996!
It will be released in parts on YouTube and also on CD with special cover and designs!