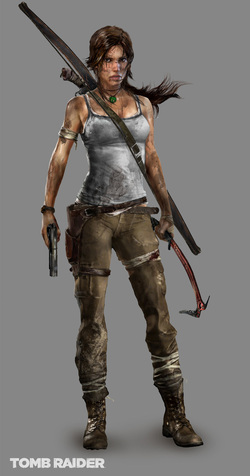 The new reboot of the Tomb Raider franchise with this new game is coming the early 2012, for now we've been shown the debut trailer "Turning Point" and few screenshots and concept art.

1. TURNING POINT:
-In this 2 minutes long trailer we can see young Lara, fresh from college, set to sail to Japan, for an adventure, but instead, in a storm, her boat crashes, and Lara, trying to escape is helped by an unknown man, who suddenly disappears and is on the other side of the boat, try to caches Lara, but she falls down in the water. Then we see her on the beach, all in blood and dirt, ties up her wound, screams as hell and gets up (behind her is a great number of other crashed boats)

2. SCREENSHOTS/INTERVIEWS/DEMO:
-For the promotion of this game, people of the crew that works on the game have been on interviews telling info and stuff about the game. We have found out that Lara is fresh, out of college, just 21 years old who's ready for adventure, but this accident happens. In the screenshots we can see Lara talking to the man, that was on board in the debut trailer, and we can see her young face in the gameplay. In the demo, that stars with Lara captured, tries and fires the place, as she falls down on some glass that gets in her body, but she, gets it out, gets up and runs, after that, a little puzzle is solved and she runs afraid and two mysterious people drag her, maybe to kill her, maybe to save them selves, at the end Lara gets out of that cave, sees light and sees a huge number of ships crashed near, or on the beach, just like hers...


2. CROSSROADS:
-Another gameplay trailer has been released, and it's more promising than ever. If you haven't watched it, here is what you get to see, how promised: the "rebirth" of Lara Croft as a tomb raider, even we hear her say "I hate tombs" which seems like a troll, but it's not. We see Lara hunts down animals to survive (unlike in other games, in this one she will be hungry and there will be camps what she'll be returning to for recovering instead the classical way of recovering, which seems less real), she's captured by some (Russian?) armed men and sexually harassed (well, a little bit) and for the first she pulls the trigger (in Tomb Raider: Anniversary it seems like she pulls the trigger for the first time when killing Larson, so here's a sign it's a reboot for sure). 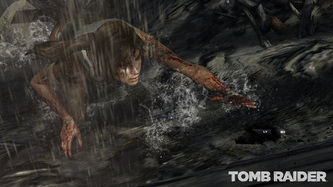 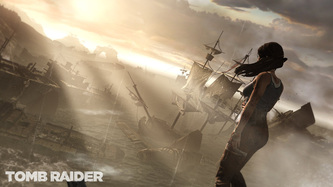 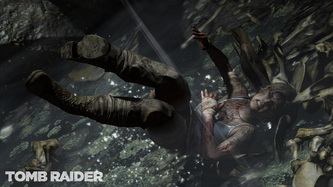 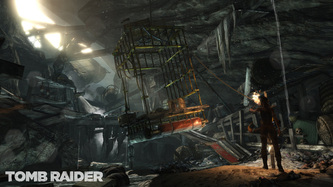 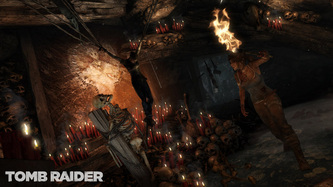 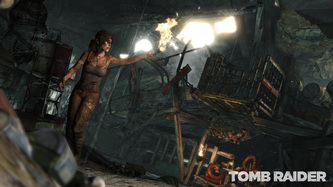 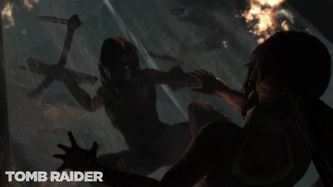 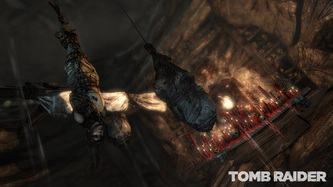